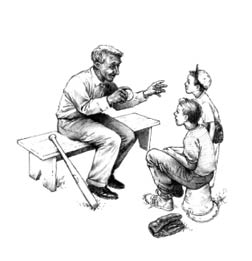 During the reconstruction period following the war, the railroads began contributing to the growth in the area. One of the more well known railroads, L&N, sent an engineer named Peter Boyle to survey the land. Upon completing a new train station, he named it “Helena Station” after his sweetheart, Helen Lee, the daughter of a prominent local judge.

The area around the station began to develop and grow, eventually absorbing Hillsboro and officially incorporating as the city of Helena.

Once a thriving center of steel production and coal mining, Helena went to sleep for a period of time after the depression. But in recent years, newly annexed land west of the city toward the Cahaba River and beyond (known once again as Hillsboro) and a corresponding huge demand for housing has boosted construction in Helena. Stemming from the spill-over growth branching southward from Birmingham, the new construction signals another period of rapid economic and residential growth.*

*From http://www.cityofhelena.org. Visit this site for more information on the history of Hillsboro.